Living in a Mountain Climate means that Deep Creek Lake and Garrett County have four distinct seasons, each offering their own brand of beauty and adventure. The altitude also means our seasons and weather can be variably different than surrounding areas, from temperatures to precipitation.

Spring at Deep Creek Lake is the perfect time to explore the local parks and attractions. The budding flora offers a less obtrusive view of the scenery, the weather is the perfect climate to trek across the mountainous terrain, and Spring typically means fewer crowds and more peace and quiet. Our area is generally a few weeks behind surrounding areas as far as warming temperatures and green scenery. It's not unusual to have a scattered snow storm a few times in April, however, it's generally a very small amount and is gone relatively quick. As the typical transition month, April is cooler with warming temperatures, giving us just a small taste of sunshine and the summer months to come. Our trees generally begin to fully bloom around Mother's Day, and fill out as the May weather improves. By Memorial Day Weekend, our Spring is in full swing as it prepares to turn to summer. 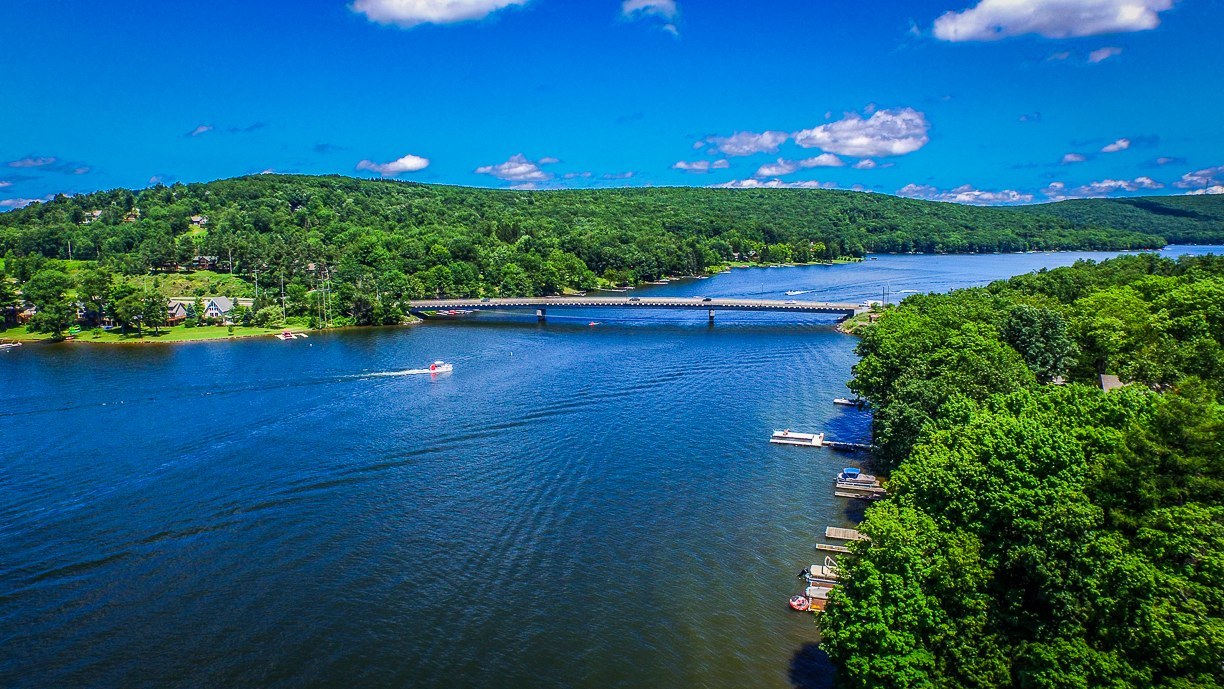 Summer at Deep Creek Lake is famous in its own way; between the glorious sunshine hitting the waves and the true feeling of lake life, it’s a season not to be missed. Travel to bars and restaurants by boat, enjoy dinner on the deck, it’s all included in the feel-good season of the year. By the end of June, the lake water has usually warmed to its normal summer temperature. Even with abundant sunshine, our elevation keeps temperatures from reaching extremely high numbers, as our typical average is the upper 70s and low 80s. Being in the mountains also knocks the humidity down as compared to neighboring valleys. With the late summer sunset, the picture-perfect sunshine days are usually spent all outdoors, taking advantage of all our area has to offer. 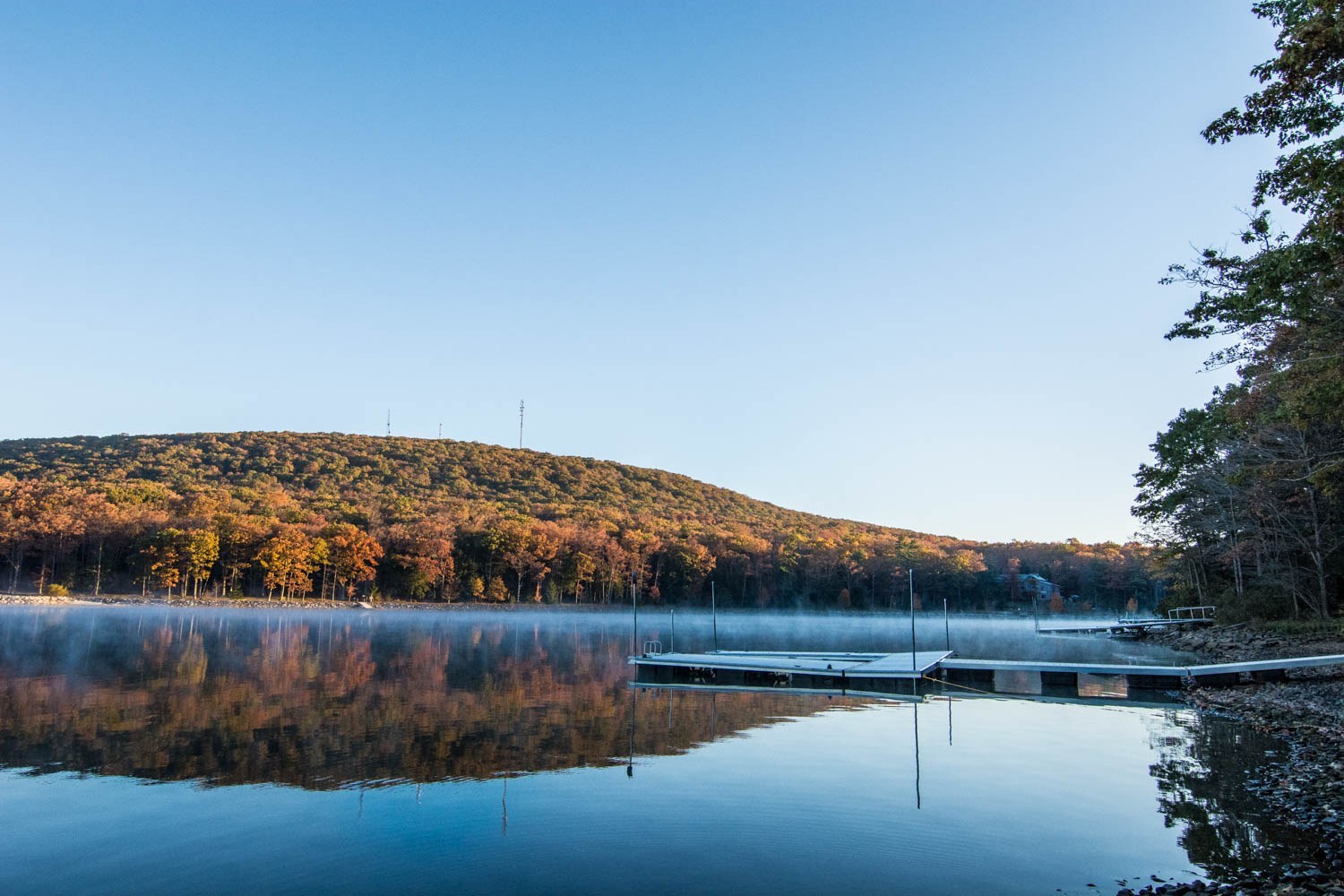 No season, however, can touch the raw beauty of Autumn in Garrett County. Continuously ranked #1 place for fall foliage, Autumn is a vibrant season here, with the Annual Autumn Glory Festival celebrating just how incredible both the season and our community are. The leaves usually begin changing colors in mid to late September, hitting their peak in mid-October. While the high temperatures tend to average between 60 and 70 degrees, there's almost always a bout of snow in October. Much like Spring, the cooler temperatures in Autumn make the weather perfect for hiking and exploring the several local parks. It's probably the most photographed season we have! What seems like the shortest season, though, Autumn only has several weeks of temperate weather before the snow becomes more consistent in November. While the transition is not as glamorous as fall fades into winter, it does bring us that much closer to ski season!

As the highest elevation in Maryland, Garrett County and Deep Creek Lake receive more than 100 inches of snow each year, making Winter a formidable and joyous season here. Winter usually drops in for the long haul at the end of November, bringing almost weekly snow and always cooling temperatures. Once the deep cold has settled, the lake will freeze solid, and remain frozen until late March. The most popular draw of Winter at Deep Creek Lake is Wisp Resort, offering more than 35 slopes for downhill skiing and snowboarding. Wisp also has snow-tubing, ice skating, the Mountain Coaster, and other winter activities on their resort. Other cold-weather enthusiasts ice fish or ride snowmobiles across the frozen lake. A few state parks offer cross country skiing trails, some are even groomed! The true definition of a Winter Wonderland, it’s easy to see why it’s one of our most popular seasons.