The 2014 IFC Canoe Slalom World Championships were recently held in Garrett County at the ASCI whitewater course atop Wisp Mountain. The Deep Creek Lake resort area had an audience from all over the world and received international exposure as 42 nations participated in this canoe and whitewater event. Over 11,000 people attended the 4 day event and Railey Realty was proud to be a major sponsor. The competition showcased the skills of professional kayakers and had a real Olympic feel, which included opening, closing, and medal ceremonies. Many of the participants stayed in local rental homes at Deep Creek Lake. London will host the 2015 event next year. 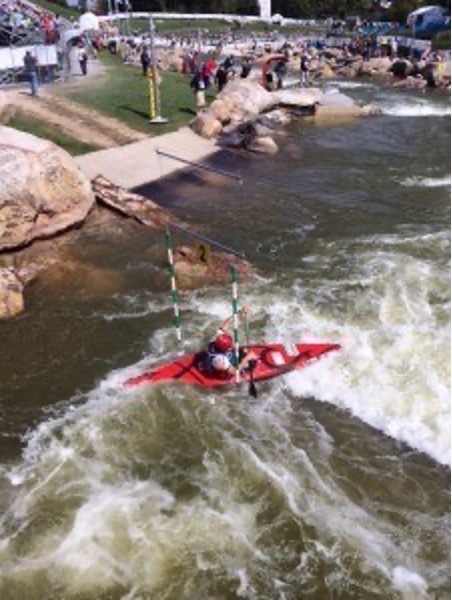 Highlights of the event included Team USA member Fabien Lefevre wnning the gold medal in the Men's Canoe 1 division on home waters. Jessica Fox of Team Australia made history by becoming the first female to win both the Female Canoe 1 and Kayak 1 divisions. Jessica's parents were both gold medalists the last time this event was held in the United States, which was 25 years ago on the Savage River here in Garrett County.

The event was a great platform for Garrett County and the Deep Creek area to be viewed not only nationally but also internationally as a premiere action sports destination. During the event, European television channels and online platforms streamed the event. NBC Sports is airing the event on October 18th at 5:30 pm and also on Sunday October 19 at 3:00pm. Check out or relive the event and see Garrett County on display for the world to see!

With Washington D.C. vying for the Olympic bid in 2024 to host the Summer Games, these World Championships were closely watched. If D.C. were to win the 2024 Summer Games, Deep Creek Lake and ASCI would be the venue for Canoe Slalom, Mountain Biking, and BMX competitions.